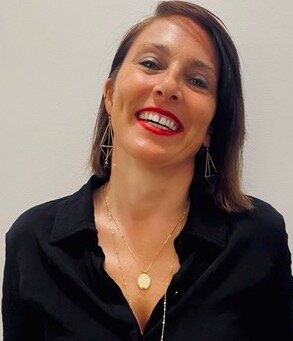 
International production company Stink Films adds Nicky Barnes as a Senior Executive Producer in Los Angeles. Nicky has a wealth of experience in the commercial production space, having produced numerous spots in a variety of global markets with top brands and noteworthy directors. She has led production for several award-winning projects, such as: Droga's “Life Needs Truth” for the New York Times and Media Arts Lab's “Snap” for Apple AirPods Pro and Wieden+Kennedy’s “Ankles” for Powerade, among many others.

Nicky’s career began as a runner in a sound studio in London, after which she moved to the production department of London ad agency WCRS. From there, she served as Head of Production at Fallon, working closely with Rich Flintham and Juan Cabral where they produced a trilogy of award-winning spots for Sony: “Balls,” “Paint,” and “Playdoh.” Other notable  projects include the iconic Cadbury’s “Gorilla” and Skoda “Cake.” She has also worked at Mother as a Senior Producer. Most recently, Nicky relocated to the United States to kick off Somesuch US in 2016 as their Managing Director and Executive Producer.

Says Nicky, “I love producing commercials, it truly is an artform. One of the greatest things about advertising is the rigor that goes into every idea and execution, the value of the process. Once you grasp that, the sky's the limit.” Speaking of Stink’s founder, Daniel Bergmann, she continues, “Daniel has got an incredible eye for talent and Stink has got an extraordinary roster of directors. I am also thrilled to have the opportunity to jump into longform, developing film and TV content alongside commercial projects.”

Daniel says, “we are very impressed how holistically Nicky approaches the process -- everything from the way she creatively engages with directors to develop their vision to the thoughtful way she puts together all the elemental pieces needed to make a spot really shine. She has a keen sense of discernment and great taste alongside her deep knowledge of production. I can’t wait to see what she brings to Stink, we’re all very lucky to have her on board.”

We provide an inspiring home for directors and have nurtured and represented a diverse roster of global talent for almost 20 years. Stink was named one of the Top 10 production companies of the decade by the Cannes Lions.