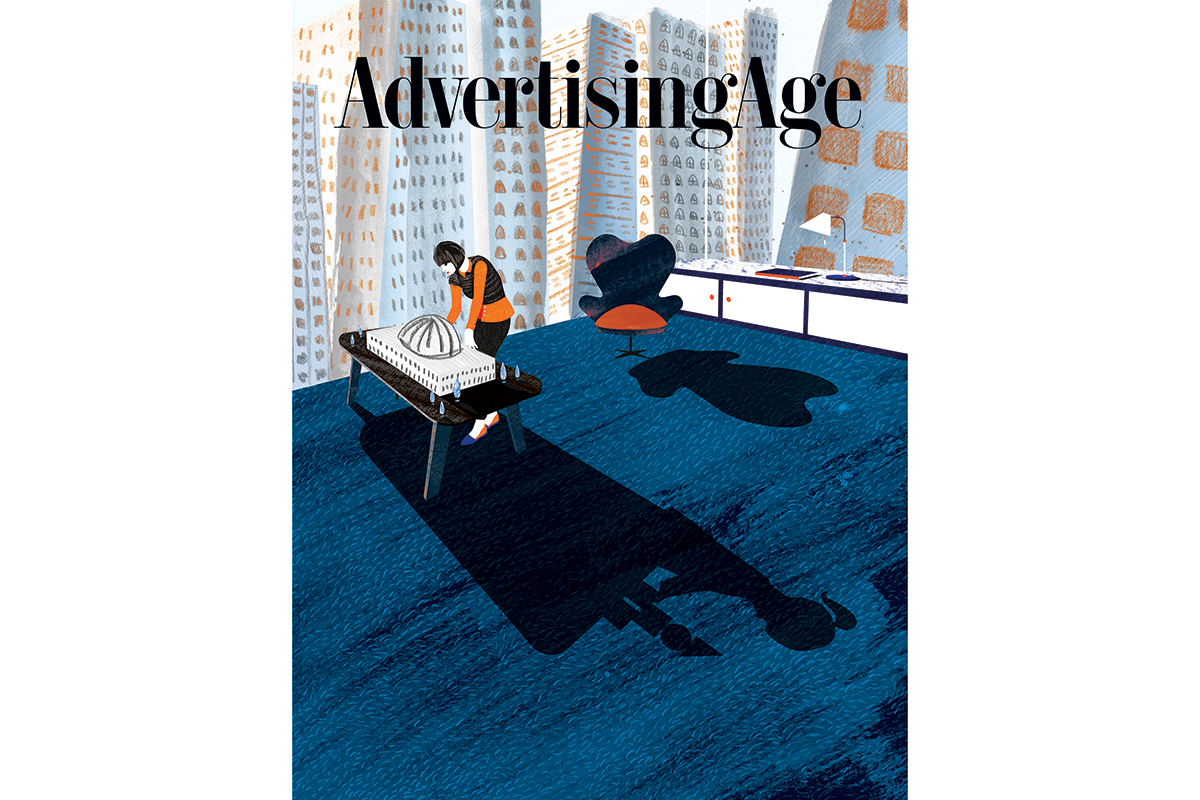 Ad Age invited young creatives for the eighth time to design the cover of our annual creative-focused issue that is distributed at the Cannes Lions International Festival of Creativity. The duo that created the winning cover won a trip to the festival, and will be saluted at Ad Age's Cannes cocktail party.

This year's winners, Carlos Quimpo and Byron Co, are junior art directors at TBWA Santiago Mangada Puno in the Philippines. Their simple but striking interpretation of the brief to "create a visual capturing the essence of the creative process today" features raw beef marinating. (Read more about that, and the winners, here).

The eight finalists we selected after reviewing hundreds of entries from around the world will be there, too, in the form of billboards featuring their designs outside the Majestic Hotel during the Cannes Lions festival.
Our finalists include Rosie Mossey, an art director at Saatchi & Saatchi Wellness in New York, who embroidered a red cover with white letters spelling out "Mak Am ri a G ea Ag ain" with the six missing, ripped-out letters forming the word "Create" below. Christopher Ruh, a junior designer at 72andSunny in Los Angeles, turned our cover into a blue computer screen covered with groups of tiny desktop files that each told a story about the creative process and were fascinating to decipher in "Inspiration Overload."

Other finalists are talented young creatives working at international agencies around the world including Critical Mass in London, Publicis Ambience in Bangalore, Geometry Global in Hong Kong, and, in the U.S., Ogilvy & Mather, Brand Union, and SapientRazorfish.

Critical Mass is an award-winning full-service digital experience design agency with a relentless focus on the customer. We're headquartered in... Più informazioni
AGENCY: ,

What Lil Nas X can teach marketers about creating fame

. From Campaign US Più informazioni
AGENCY: ,

In this episode, I talk with Grant Owens, Chief Strategy Officer at Critical Mass, a digital experience design agency. We talk about the future of... Più informazioni
AGENCY: ,
See more News