An Orange Snowman With a Positive Message

Find out why the Christmas film for Orange from Publicis Conseil favours old-fashioned storytelling over product placement.

There have been Christmas stories about snowmen before – but it’s unlikely that any of them showed the snowman enjoying a Zoom call with friends or receiving an alert on his mobile phone. That’s because this is an Orange snowman. Actually he’s as snow white as tradition dictates, but he positively glows with optimism.

“Creating optimism was our advertising motto this year,” says Quentin Delobelle, director of commercial communications and creativity at Orange France.
The film from Publicis Conseil depicts a snowman who spends most of the year confined in his snow globe, unable to join his human friend who’s playing with her companions in warmer weather. But when winter finally comes around, he’s able to step outside and socialise again. The message is clear: this Christmas, we’ll all be together.
Fabrice Delacourt, executive creative director of Publicis Conseil, says: “Every year with Orange we try to find an insight that captures the current situation. So when you see this snowman who’s obliged to stay at home until it’s finally safe to emerge, there’s a sort of poetic resonance with what we’ve all been through.”
From confinement to celebration after being liberated, communication tools accompany the character throughout the story, but products and services are not the stars of the film. 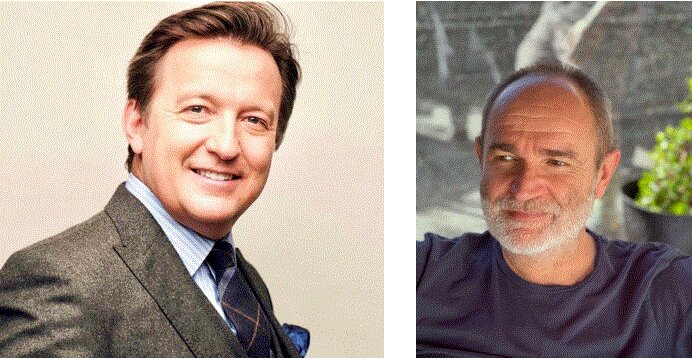 Quentin says: “Hans Snook, the founder of Orange in 1994, always wanted to focus on the human above the technology in the company’s promotions. ‘No phone, no ring,’ he said. So we decided to stay in that vein. We show devices sparingly. After all it’s not technology that creates attachment to a brand, but emotion.”
Fabrice adds: “The brand is smart enough to stay a little bit in the background, while allowing the film to show how its tools enable people to create beautiful stories together.”
A key part of the brief was to strike a positive note after the difficult Christmas of 2020, when many families were prevented from seeing one another. This time around, client and agency bet things would be different. Something of a risk when Christmas commercials are planned so long in advance. “For us, Christmas starts at Easter,” jokes Quentin.
The other challenge was to ensure that Orange had space under the Christmas tree, metaphorically speaking, when it was in competition with every other gift. The theme of getting together was something that a communications provider could own.

The film was directed with a light touch by François Rousselet, known for his cinematic work. Fabrice says: “He makes spectacular films, but also sensitive ones. This is not the first film that’s ever been made about a snowman, so we wanted to create a specific cinematic universe that would enable us to tell the story in a new way. The result is touching and has a lot of personality. It makes people smile too.”
It’s difficult to tell if the snowman is a guy in costume or 3D animation. In fact he’s a mixture of live action, marionette and animatronics, with refinements in post-production. Fabrice says: “We didn’t want to use full 3D, as we felt that the film might lack realism and tenderness. 3D can be superb, but it’s often a bit mechanical.”
At this point Quentin interjects: “Really! I’m disappointed – I thought he was a real snowman!”

As usual with a Christmas commercial, the music plays a crucial role. The snowman’s liberation plays out against the soundtrack of “Everything I Own” by Bread. Fabrice says: “We were looking for the song that the snowman might have in his head while waiting to join his friend. It had to express the idea of yearning, without being so loud that it overwhelmed the character. Usually we have two or three titles in mind, but this one very quickly got unanimous approval. We were able to build the film around the song.”
Quentin adds: “It’s perfect in the way that it has a touch of melancholy in the beginning but a sense of celebration at the end. Like a lot of French people, when I was younger I listened to American or English pop and rock without really understanding the lyrics. But when you translate the lyrics of this song, they really tell our story.”

Talking of the UK, it’s known as the home of the blockbuster Christmas commercial – notably the annual gift from John Lewis. Quentin admits: “We certainly try to have an international approach, and by the way this film will also be shown in Belgium and Luxembourg. For Christmas films John Lewis remains the reference. We always try to make a film that’s as good or even better. And this year, I have the audacity to suggest that we’ve succeeded!”

When Animals Make Their Voices Heard