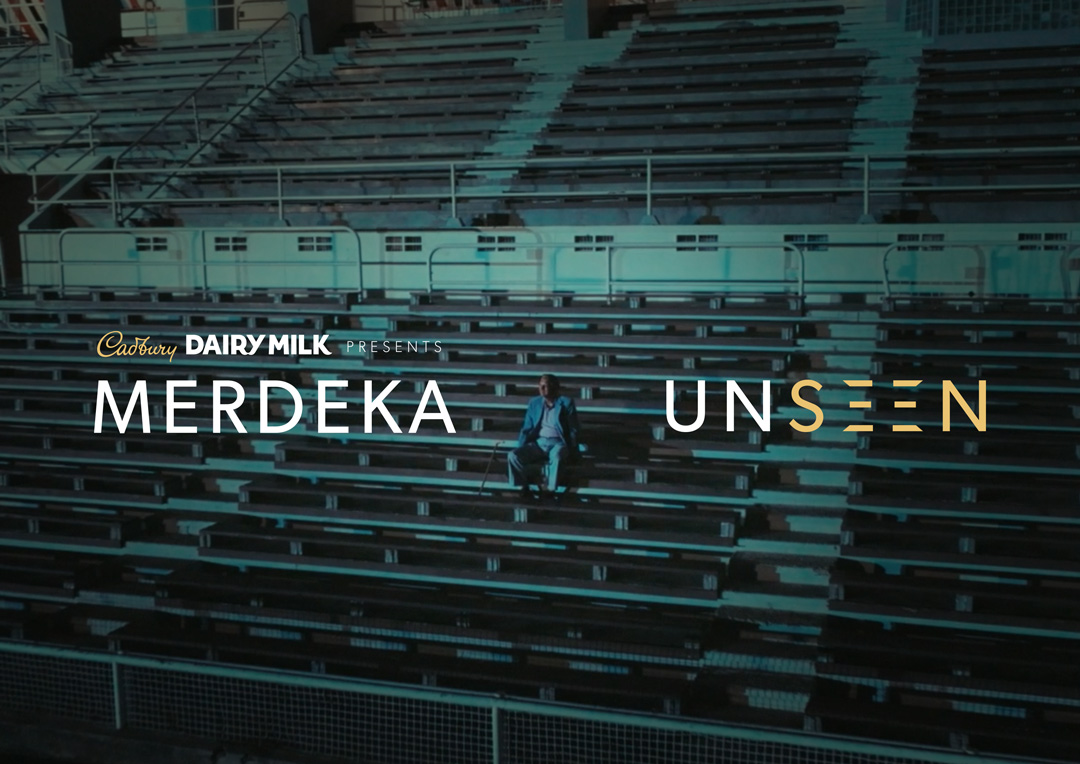 Cadbury, together with creative partner Ogilvy, has released a touching tribute to the founding of Malaysia with the launch of the Merdeka campaign - “Merdeka Unseen”- that uses technology to take audiences on a sentimental journey through history.

Merdeka, or Malaysia Independence Day, is increasingly being viewed as just another public holiday especially by younger Malaysians despite its significance. This year, Cadbury and Ogilvy joined forces to create a film that would encourage Malaysians to look at Merdeka differently and in turn, change the way they celebrate this significant day in the history of Malaysia.

For 65 years, the topic of Merdeka has centered around the iconic speech of Tunku Abdul Rahman. It's been studied in schools and plastered across advertising campaigns nationwide. But Merdeka is more than just that speech. Through the use of technology, the film brought to life the many symbolic moments that happened that same day, defining the spirit of what it means to be Malaysian.

Rather than produce a film with a fictional story, the film features Johan, a gentleman that was present during that iconic Merdeka Day in 1957 and brought him back to the stadium to relive that experience. Poignant moments were recreated from his memories from that very day. In real-time, as he walked through the stadium, memories were projected onto the seats where those moments happened. Through Johan’s memories of Merdeka, the film serves as a reminder that generosity has always been at the heart of the Malaysian spirit and when we all take the time to look, we can find goodness everywhere around us.

Merdeka is equivalent to The Superbowl in Malaysia. Big and small brands all celebrate this momentous occasion with salutations and tribute. While it is a popular season, the sea of sameness has been prevalent: messages of unity, breaking down cultural barriers and differences, coming together and resolving differences. But as a brand that has been in Malaysia for over 100 years, Cadbury Dairy Milk wanted to show a side of Merdeka that’s never been seen before. Instead of centering the narrative around one man’s speech, we centered it around the millions who watched that speech and more.

Nikhil Nicholas, Marketing Lead for Chocolates, SEA said: “Cadbury Dairy Milk has always strived to shine a spotlight on the generous instinct that exists in all of us and found the perfect opportunity here to do just that this Merdeka, by recreating Johan’s memories of the everyday goodness that he witnessed all around him on that momentous day.”

Nizwani Shahar Chief Executive for Ogilvy Malaysia said: “Cadbury Dairy Milk is an iconic global brand, and we are proud to be able be part of a winning team that continues to drive brand impact and business growth in a modern landscape. We hold the Cadbury flag high having worked on this business for so long and the ability to keep pushing out impactful, powerful work is a true testament to a solid partnership with clients who give us permission to play and push boundaries.”

Adrian Miller, Chief Creative Officer Malaysia said: “The truth of today is that no one wants to spend any second of their day watching any form of advertising, especially during an occasion like Merdeka where the same stories have been rinsed and repeated. But what people do want to watch is a powerful story that they haven't seen before. A story that intrigues them and adds value to their day. That's what we aspire to do with every piece of work and that's a shared ambition we have with our partners at Mondelēz.

The campaign runs from mid-August to mid-September. View the main film here.