New UK research on perception of LGBTQ+ in advertising 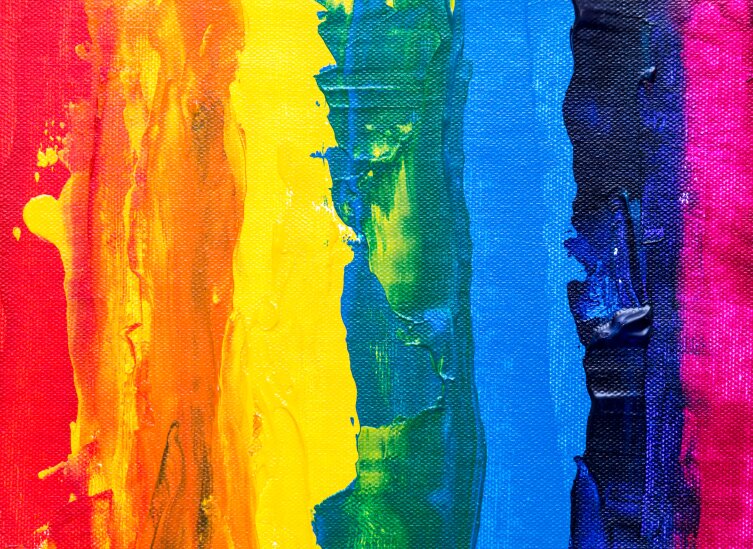 WHO: Karmarama and GAY TIMES

Ahead of Pride in London 2019, new research from Karmarama and GAY TIMES shows that 72% of the LGBTQ+ community feel the way they are represented in advertising is tokenistic.

Generational shifts mean that marketing that is progressive and positive in its representation of the LGBTQ+ community is more important than ever, especially for younger consumers.

Today, significantly fewer 18-24-year olds identify as completely heterosexual (38%) than those who identify as somewhere in between.

Trans representation is also crucial. Of those who answered, one in ten 18-24-year olds now identify as trans, a 400% increase compared to the generation above them.

Representation of the LGBTQ+ community in society is generally improving, and more and more brands are keen to connect with a group that has previously been ignored or misrepresented. However, not all of them are going about it the right way.

Almost three-quarters of the LGBTQ+ community think the way are presented by marketers could fall into the category of ‘pink-washing’, proving the importance of building year-round, long-lasting and meaningful relationships with the LGBTQ+ community, not just at Pride.

64% of the adults surveyed think it’s positive for the LGBTQ+ community to be visible in advertisements and that advertising has an important role and responsibility in challenging conventions and defining what is "normal”.

GAY TIMES, Charlie Craggs, trans activist and the founder of Nail Transphobia, and Karmarama part of Accenture Interactive will come together at the Cannes Lions Festival, to talk through the research findings in detail and discuss how the creative industry can forge better connections between businesses and a community that historically has been ignored, misrepresented, and, more recently, leveraged with cynicism. Through their discussion, they aim to show how as an industry we can push for progress in better representation, fight LGBT+ stigma at a global level, and do it with authenticity.

Karmarama was behind the Army’s award-winning recruitment ‘Belonging’ campaign, which aimed to show that all recruits are welcome by addressing issues like sexuality which might hinder people from joining the military. It has also launched its own LGBTQ+ network, with the aim of making Karmarama an even more progressively inclusive place to work for people of all genders and sexualities. The network will implement internal initiatives such as policy reviews and will promote LGBTQ+ inclusivity within the creative output of the agency.

“A slew of businesses now slap a rainbow flag on their logo once a year in recognition of the powerful pink pound. But while it’s encouraging to see brands make an effort to reach and represent the LGBTQ+ community around Pride, this needs to be a year-round endeavour and it needs to be done in a way that feels authentic. If you want to build a brand today, society expects brands to step up and positively represent the LGBTQ+ community.”

“These research findings may seem surprising to some, but they absolute align and support the continued connection we have to our queer audience here in the UK and overseas. The binary world many of us have become accustomed to (“gay” and “straight”) is no longer relevant to most young people. This powerful research should be the catalyst to step-change thinking for advertising and marketing leaders when it comes to LGBTQ+. In tandem with Karmarama and YouGov, we’re keen to further the understanding that LGBTQ+ related media is both vital, but often misdelivers.”

The research was commissioned by Karmarama, part of Accenture Interactive, and GAY TIMES, and conducted by YouGov. The total sample size was 2,052 adults based in Great Britain, of which 740 were LGBT respondents. Fieldwork was undertaken between 24 - 29 May 2019. The survey was carried out online. The figures have been weighted and are representative of all GB adults (aged 18+).

Karmarama is the UK’s most progressive creative agency, part of Accenture Interactive, working across advertising, PR, data-driven communications, mobile platforms and products, digital and innovation. The agency is known for its ability to blend creativity, digital and data, to help brands better engage with consumers. Or as Karmarama calls it - Connected Creativity. It is one of the most effective agencies in the UK and has won the DMA Grand Prix for the last two successive years, in 2017 for its work for the Army. It was again the highest ranked creative agency in the Sunday Times Top 100 Companies to Work For in 2018.